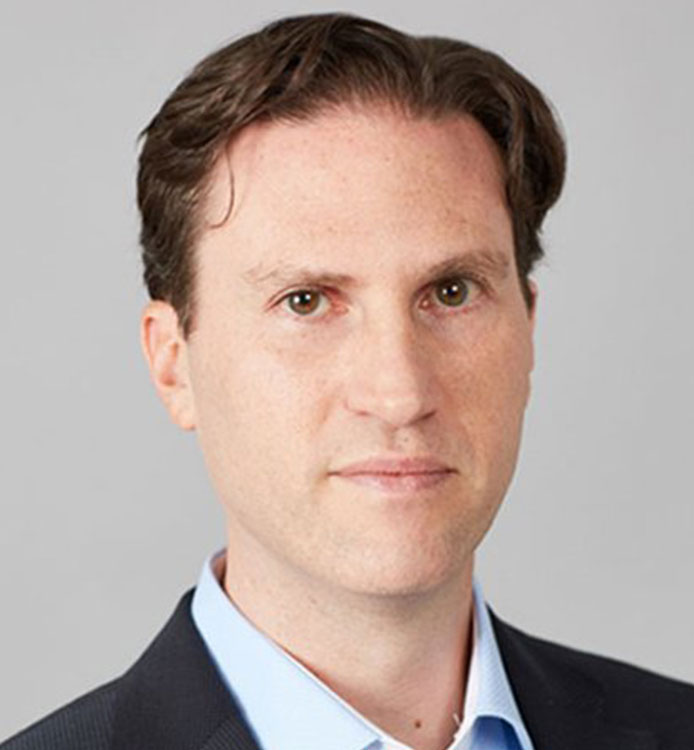 JOSH COHEN IS ON A MISSION TO MAKE A DIFFERENCE VIA CAPITALISM. HE BELIEVES THAT HOW YOU MAKE MONEY (AND WHAT YOU DO WITH IT ONCE YOU HAVE IT) MATTERS AND WANTS TO HELP IMPROVE THE WORLD, NOW.

When considering how he wanted to be remembered, Josh turned to impact investing before it had a name, combining his experience as a venture capitalist, technology company executive, and family office CIO with his values. Thus, the idea for City Light was born: partnering with experienced entrepreneurs using technology to generate significant financial returns while having a measurable social impact.

As a father of three boys, Josh’s sense of urgency to address issues such as education for underserved communities, tackling the global climate crises and keeping families safe has only continued to grow. It is this commitment that makes his work more than a passion, but a calling.

Prior to founding City Light, Josh led direct investments for a Greenwich CT-based family office, worked in venture capital for a family office based in St. Louis, was a Partner in a private debt fund, and was the Director of Business Development for Mobility Electronics (NASDAQ: IGOI). He began his career as an investment banker in the technology group of Deutsche Banc Alex Brown in San Francisco.

Josh co-founded (and is a Board member of) The ImPact, a member network whose mission is to inspire families to make impact investments more effectively. In addition, he is on the investment committee for a family office based in Grand Rapids, Michigan. Josh sits on the Board of Directors for Ready Responders and Ginger.io, and is an advisor to OhmConnect. Josh previously held advisory roles with 2U (Nasdaq: TWOU), Shotspotter (Nasdaq: SSTI), Practice (Acquired by Instructure: INST), Trilogy (Acquired by 2U: TWOU), and StraighterLine (Acquired by BV Partners). He is a frequent speaker on the topic of impact investing. 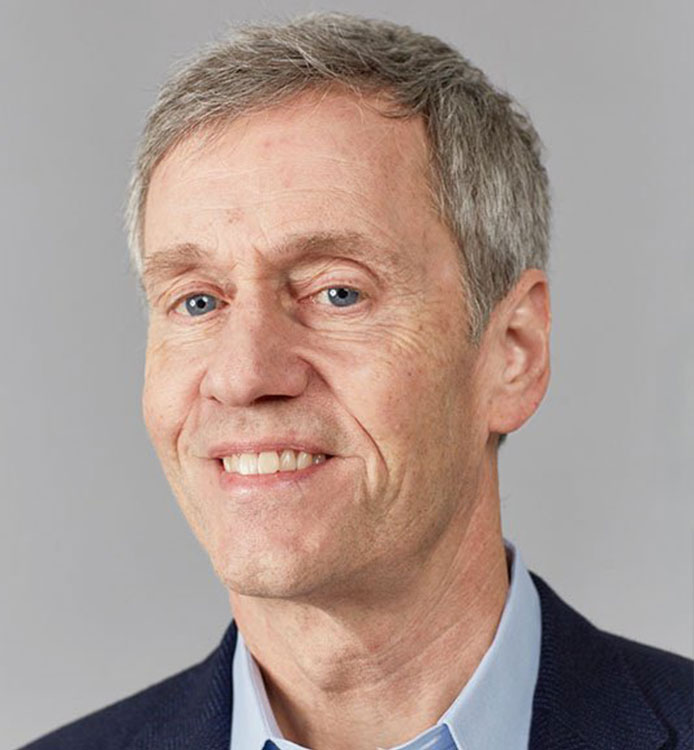 AFTER SUCCESSFULLY RUNNING AND GROWING TYDEN GROUP, A SECURITY PRODUCTS COMPANY, AND THEN VIKING GROUP, A WORLD LEADER IN FIRE PROTECTION SYSTEMS, TOM EMBARKED ON A NEW CAREER: ASSISTING NEW COMPANIES THAT CAN BENEFIT HUMAN LIVES AT SCALE:

“The terror attacks of September 11, 2001 had a profound effect on me and strengthened my belief that mission-based businesses can generate financial returns and social impact without trade-offs — and in fact can be better investments.

A few days after ‘Good Morning America’ ran a piece about a man who was in the Pentagon during the crash. There was an explosion, then heat, smoke and flames that forced him to crawl into a small closet, where he was trapped. At what seemed like the end, a fire sprinkler activated above him, dousing the flames and saving his life.

We found out at Viking Group that the Pentagon was retrofitting with our fire sprinklers and that the attack struck in the portion where construction was complete.

We proceeded to double our sales over the next five years, expand globally and prove that because of the productivity of our USA workforce and the safety benefits of our products — we had the best way to protect lives and property from fire.”

Now at City Light, Tom leverages his extensive operating experience to help entrepreneurial teams tackling some of our toughest social and environmental challenges. 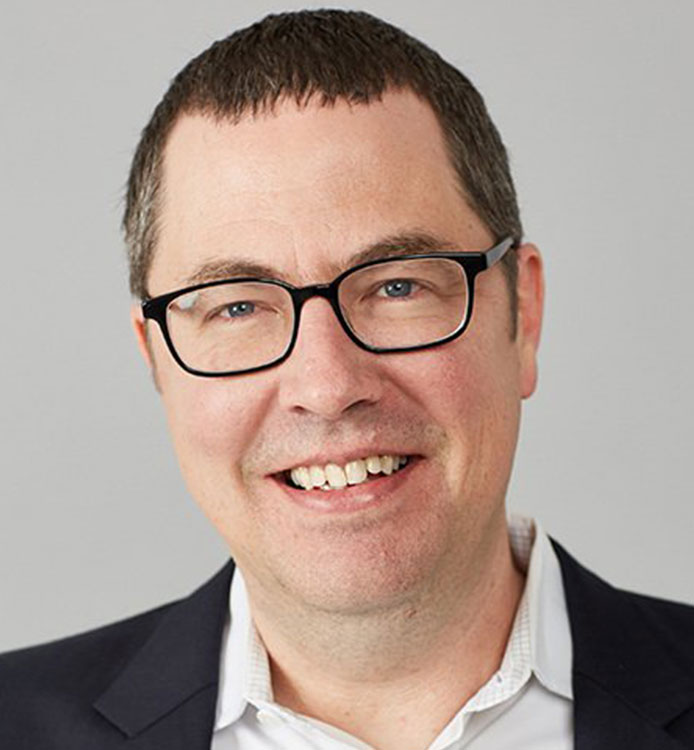 JEFF SPENT THE FIRST 20 YEARS OF HIS CAREER AS AN OPERATOR ON A QUEST FOR WAYS IN WHICH HIS WORK COULD HAVE A POSITIVE IMPACT ON THE WORLD AROUND HIM.

That journey began at Capital One (NYSE: COF), where he spent over a decade leading data science and analytics teams across the organization. In his last role, Jeff was VP of Marketing Strategy for US Card where he oversaw a high nine-figure marketing budget across all online and offline marketing channels. Ultimately the need to have a greater impact on the world around him was the driving force for Jeff leaving Capital One to join an EdTech startup on a mission to change higher education.

Jeff joined 2U (Nasdaq: TWOU) as their CMO in early 2011, overseeing all aspects of marketing for their University partners. Jeff was part of the core leadership team that grew 2U from a venture-backed startup, through a successful public offering on the NASDAQ.

Jeff first met the City Light team while at 2U. City Light was the first outside investor in 2U and believed in the business at a time when it might have seemed crazy to do so. They never wavered in their support, and in 2U you can see City Light’s thesis of investing in category-defining companies whose impact scales as they scale truly come to life.
Following his time at 2U, Jeff took a more hands-on approach to impact: this time as a professor. Jeff joined American University in early 2016 as an Executive in Residence and full-time faculty member while continuing to work with early-stage start-ups as an advisor, Board Member, and even interim-CMO.

Those experiences, along with his ever-present desire for his work to have an impact is what lead Jeff to join the City Light team. In his role of Partner, Jeff works every day to bring the type of support and vision that he saw firsthand from City Light during his time at 2U to the next generation of world-changing companies.

Jeff currently sits on the Board of Directors for Motimatic.

Jeff has his master’s degree in Economics from East Carolina University. He lives outside of Washington, DC with his wife Tracy and three daughters.

SARAH JOINED CITY LIGHT AFTER COMPLETING HER MBA AND A FELLOWSHIP WITH ENDEAVOR, A NONPROFIT ORGANIZATION THAT SUPPORTS ENTREPRENEURSHIP IN EMERGING MARKETS.

At Wharton, she held internships with two impact investors in Mexico City (IGNIA and Adobe Capital.) She also served as a consultant for multiple impact organizations, including local and global impact funds and nonprofits.

“I grew up in a house with a venture capitalist so I was exposed to the idea of early stage investment at a very young age. What I was not exposed to was the need. I knew that my charity and volunteer work could solve some short-term problems, but wouldn’t drive the true, lasting change I hoped to see actualized.
City Light is evidence that impact-oriented investment works. In time, we won’t have to call it impact investing. Investing for impact will be the status quo.”

Prior to business school, Sarah was a market analyst at ConvergEx Group, a broker-dealer based in New York City where she wrote economic and market commentary.

SHUBH GREW UP IN INDIA, AND IS AN AVID BASEBALL (YANKEES) AND SOCCER (ARSENAL) FAN. HE HOLDS A BA FROM THE UNIVERSITY OF VIRGINIA, WHERE HE DOUBLE MAJORED IN ECONOMICS AND STATISTICS.

“I spent my formative years in Delhi, India, born to two entrepreneurial parents.

My journey began when I decided to go to college in America. I had the opportunity to go to a prestigious college in India at one of the cheapest public universities where I would have had to study only one subject area, and essentially starve my curiosity. Or, I could go the University of Virginia to explore and learn every subject I could get my hands on but leave everything and everyone I knew behind and take on debt. I chose the latter.
After college, I was positively challenged when I joined a family office. I was given more responsibility than I could have asked for and learned more than I had ever dreamed of. I knew that I belonged in the entrepreneurship ecosystem and started working nights and weekends at an accelerator, starting my own impact driven company in India.

That company – Reachh – is dedicated to reducing stigma and helping people struggling with mental health in India. Reachh gives everyone a platform to find someone that shares
their struggle.”

Shubh chose City Light because he wants to be at the forefront of impact investing. 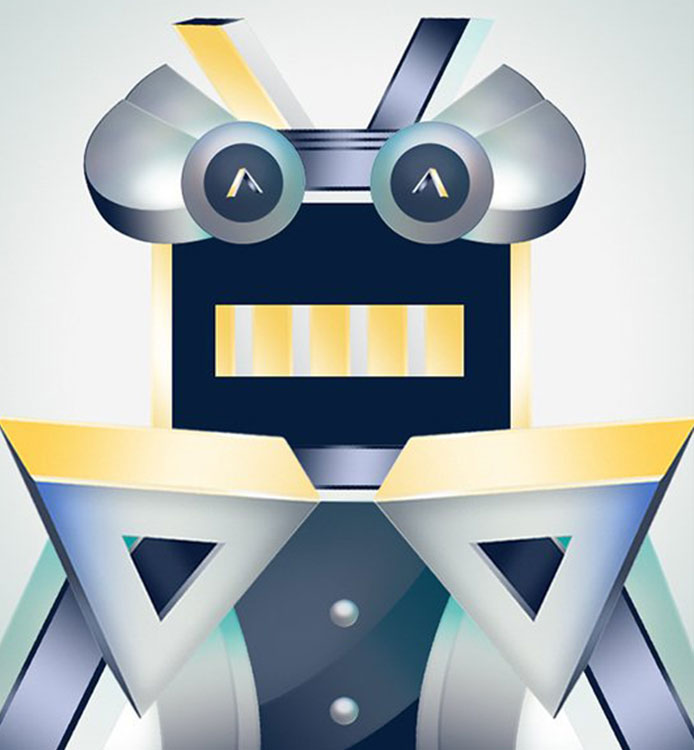 THE MACHINE WAS BORN IN 2018 AT THE COMPUTATION NURSERY AT CITY LIGHT.

The Machine’s father is Jeff Rinehart and his mother is most likely coffee and late nights. While still in his adolescence, the machine has learned how to aggregate massive amounts of data on hundreds-of-thousands of companies. From mining text on websites and news articles, to trends in website visitors and social media followers to historic company financings and performance…The Machine wants it all.

While The Machine lives in the cloud, he is present in every Monday partner meeting, presenting his recommendations on new companies the team should consider. He even has his own Slack channel where he keeps the team apprised of new developments throughout the week.

The machine had this to say about the role at City Light, “my goal is to work, without breaks ever, to help the team find tomorrow’s great leaders and genius ideas. No one has really hazed me at work too much yet, but I do think Shubh is eyeing my job and Sarah hasn’t yet shared any snacks with me.”

The machine’s interests include long walks on the shores of the internet, reading founder’s bios and playing minesweeper.